In the late 13th century, Angkor Wat gradually moved from Hindu to Theravada Buddhist use, which continues to the present day. Angkor Wat is unusual among the Angkor temples in that although it was somewhat neglected after the 16th century it was never completely abandoned, its preservation being due in part to the fact that its moat also provided some protection from encroachment by the jungle.

Upon your arrival tour guide and driver will pick up your from the Siem Reap International Airport and escort you to the Siem Reap hotel for check in and rest.

After rest we proceed the sightseeing tours to TONLE SAP GREAT LAKE to observe the livelihood of Cambodian people on the FLOATING VILLAGE OF KAMPONG PHLUK. Tonle Sap is the largest and fresh water lake in South-east Asia. The area of the lake changes six times a year because of the monsoon season. Taking a boat to a fishing village to observe local lifestyles. Kampong Phluk is a cluster of three villages of stilted houses built within the floodplain of the Tonle Sap about 16 km southeast of Siem Reap. The villages are primarily Khmer and have about 3,000 inhabitants between them. Flooded mangrove forest surrounds the area and is home to a variety of wildlife including crab-eating macaques.

Have a walk along the ancient road to take a some beautiful photos with the Buddha faces on the top gate. Laterproceed to visit BAYON TEMPLE which is the main temple in Angkor Thom city with 49 towers stood on the three levels decorated with 4 Buddha faces on each towers of top. Then visit BAPOUN TEMPLE (A major religious temple during Khmer Empire), PHIMEAN AKAS TEMPLE  (The sky palace), later continue to visit TERRACE OF THE ELEPHANT AND LEPERKING. Next stop is TA PROHM TEMPLE, a jungle temple known as Tomb Raider where the American Movie stars made the film of Tomb Raider there.

Noon: Take a break for lunch at a local restaurant near the temple area.

Afternoon: After lunch continue the tours to visit ANGKOR WAT TEMPLE, one of the Seven Wonders of the World. Angkor Wat, the largest temples in the world, with a volume of stone equaling that of the Cheops Pyramid in Egypt. The temples of Angkor were built from AD 879 – 1191, when the Khmer civilization was at the height of development, represent one of the humankind's most astonishing and enduring architectural achievements.

Evening: Back to the town for rest and shower.  Tonight, enjoy the BUFFET DINNER with experiencing Khmer traditional dance show in Siem Reap town.  Overnight in town on your own.

Morning: After breakfast at the hotel and check out the hotel then start along drive (37km from town), to experience the most famous BANTEAY SREI TEMPLE (the Citadel of Women). This small pink sandstone temple (late 10th century) is considered as the precious stone or the crown jewel of classical Khmer arts with thedelicate beauty of its carvings. . On the way coming back you will have additional option to have a stop on the way to see the beautiful COUNTRYSIDE to experience and learn about the local people working on handicraft and produce the palm sugar to sell to tourists.

Next stop is PRE RUP TEMPLE. The boldess of the architectural design of Pre Rup is superb and give the temple fine balance, scale and proportion. The Cambodians have always regarded this temple as having funerary associations but reasons is unknown. The name Pre Rup recalls one of the rituals of cremation in which the silhouette of the body of the deceased, outline with its ashes, is successively represented according to different orientations. Some archaeologists believe that the large vat located at the base of the East stairwa to the cetral area was used at cremations.

Noon: Take a break for lunch near the temple area.

Afternoon: After lunch continue the trip to visit  EAST MEBON TEMPLE which was built at the same period of Pre Rub temple stood on the artificial island of the eastern reservoir. Then continue to visit PREAH KHAN TEMPLE which was built by a great king Jayavarman 7th. Preah Khan is now more famous for being the location of where many scenes were shot of the temples here and there truly is something for everyone. A walk around this maze like temple can hold many surprises.

Morning: After breakfast at the hotel continue the day trip to visit Rolous group temples. At these oldest temples you will experience the different artstyles of  temples you have seen in previous tours above.

Visiting PREAH KOH, which was built king Indravarman I (877 - 889 AD), by break with six towers lined with two rowsstood on the one metter heigh sandstone foundation for dedicating to his previous ancestors. Later continue to visit BAKONG, a temple mountant with 22 towers stood on 5 levels on an artificial island built by the same kind Indravarman I for dedicated to Hindu God Siva (The god of creation & destruction). Later continue to visit LO LEI TEMPLE which was built by his son king Yasovarman I (AD 889 - 910), on the artificial island in the center of the reservior.

Noon: After lunch check out the hotel.

Afternoon : After lunch we cotinue the city tour to visit WORKSHOP ARTISAN D'ANGKOR, to discover the traditional Khmer techniques used for stone and wood carings, lacquring and gilding. The numerous items made in the workshops are insprired by the rich Cambodian heritage. If time permetted depends on your departure time, take a little time to visit the Angkor Silk Farm at Pouk commune. The company guide will give more details on the mulberry trees, silkworm farming, cocoo unwinding, preparation of the silk threads, ikat technique (tie-dyeing of the threads) and silk weaving. Later transfer you back to the Siem Reap international airport for departure.

End of service!
Thanks for enjoying our service! 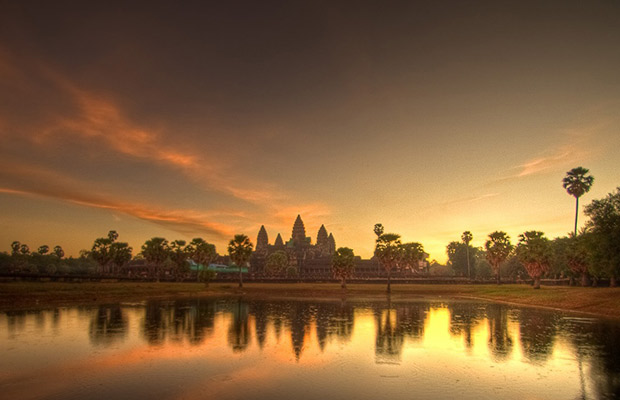 At the beginning of the 9th century, the kings set up their respective capital ... 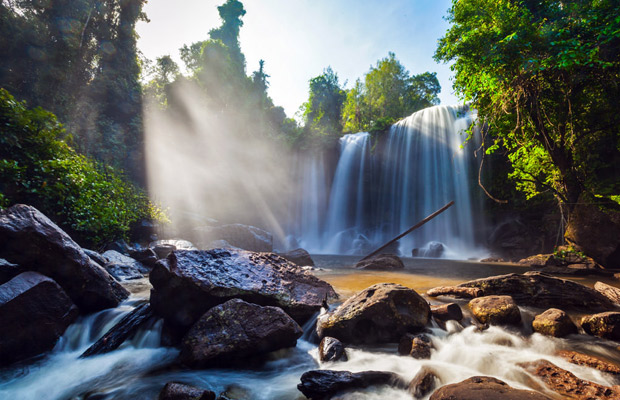 start a long drive (37km) to Banteay Srey temple (The Citadel of ... 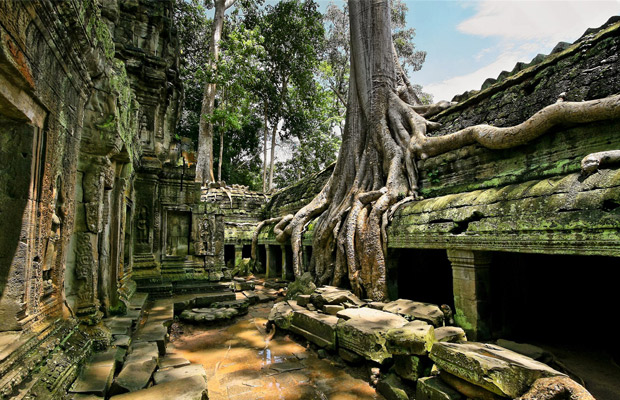 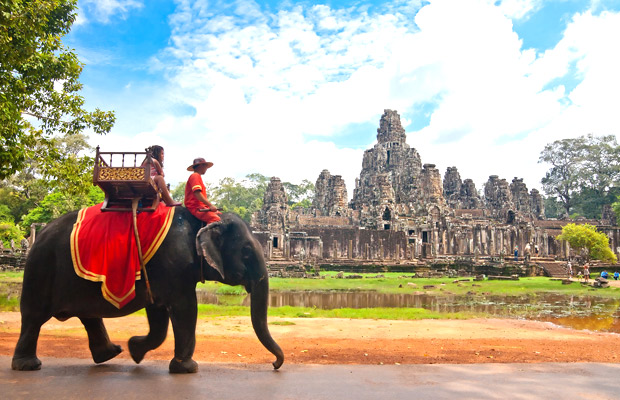